The City of Richmond and Chevron agreed to an Environmental and Community Investment Agreement (ECIA), which will provide $90 million dollars to the Richmond community over the next ten years. This includes investments in community programs, competitive community grants, community-based greenhouse gas reduction programs and a photovoltaic solar farm. The initial ECIA ("initial ECIA") was adopted by the Richmond City Council on July 29, 2014. The City Council adopted the current amended ECIA ("current amended ECIA") on December 15, 2015.

The City of Richmond is required to submit annual reports on both greenhouse gas (GHG) reduction programs and community programs after the close of each fiscal year in which ECIA funds were spent per the guidelines of the Chevron Refinery Modernization Project Environmental Impact Review (EIR) and the ECIA.

The annual reports shall include the following information: 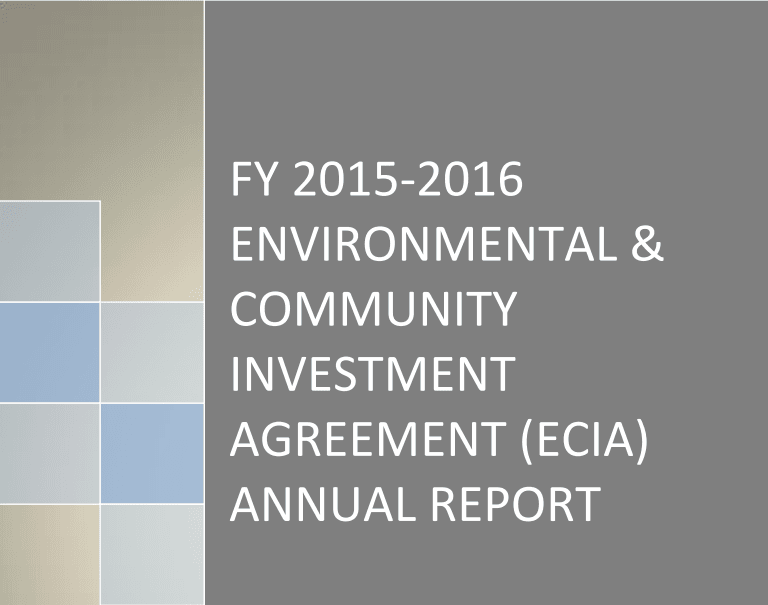 On July 29, 2014 the Richmond City Council approved certification of the Final Environmental Impact Report and applications for a Conditional Use Permit and Design Review Permit, as well as an Environmental and Community Investment Agreement, for the Chevron Refinery Modernization Project.
To access meeting materials and video recordings, please visit the project website at http://chevronmodernization.com/meetings/.

Please sign up for email updates through the Chevron Modernization listserv and City Manager's Weekly Report for ECIA news and updates.