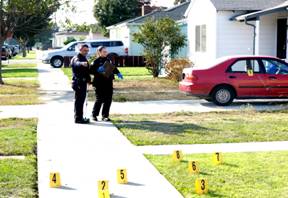 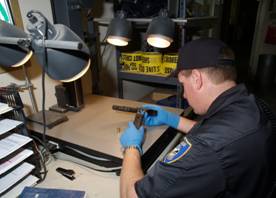 The duty of a Crime Scene Investigator is to examine the scene in such detail that he or she can uncover evidence and clues. Crime Scene Investigators must be both patient and meticulous.  It is not unusual for a Crime Scene Investigator to spend hours on a serious crime scene.  The Crime Scene Investigator will take photos, measurements, and thorough notes at the scene.  He or she will also process the scene for latent (hidden) fingerprints and collect any relevant evidence.  When the Crime Scene Investigator collects evidence, he or she is responsible for booking it into evidence, assuring the chain of custody remains intact, and for testifying about the evidence at trial.
Hollywood portrays crime scene investigation as a very fast process but this is far from reality.  The Richmond Police Department works closely with the Contra Costa County Crime Lab located in nearby Martinez.  Evidence is carefully packaged and sent to the forensics lab for examination and testing.  Test results can return in few days or they can take several months.  Sometimes a suspect remains unidentified for months (or years) until results from the forensics lab matches DNA evidence to a particular person.  DNA evidence has provided detectives with the ability to arrest suspects and charge them with their crimes as well as prove an individual’s innocence. 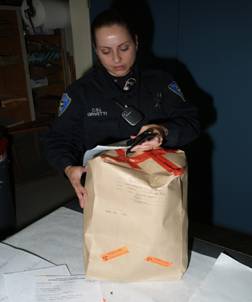