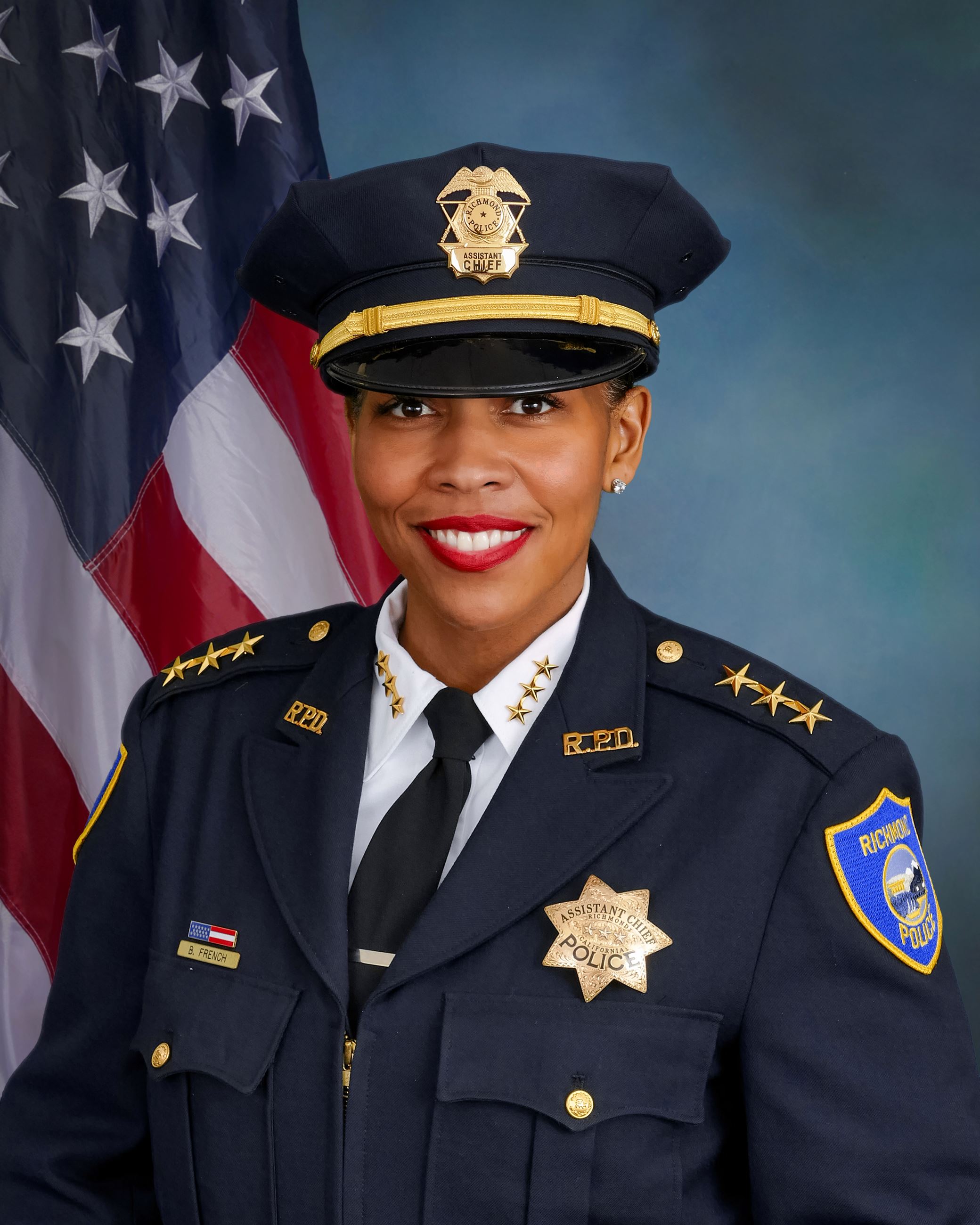 Chief Bisa French began her career with the Richmond Police Department in 1998. As a young officer, she worked various assignments in Patrol including Community Policing Officer, Field Training Officer, and Bicycle Patrol Officer.  She then worked as a Detective in the Property Crimes Unit and Family Services Unit.

In 2006, Chief French promoted to the rank of sergeant where she led, mentored, and developed officers in a variety of supervisory assignments to include Records, Patrol, and Sergeant of the Domestic and Sexual Violence Unit (DSVU), a unit that focuses its investigative efforts on Domestic Violence, Sexual Assault, Elder Abuse and Child Abuse cases.   While working in this unit as a sergeant she served on the FJC leadership team to develop a Family Justice Center in West Contra Costa County.   Also during this time, she served as the department’s Public Information Officer. In 2011, Chief French was promoted to Lieutenant and assumed the role as the Dayshift Watch Commander in patrol. In 2013, she was promoted to the rank of Captain, assuming responsibility for the Central District, Youth Services Bureau, and Traffic Division. In 2016 she was promoted to her current rank of Assistant Chief and is now serving as the Interim Chief.

Chief French was the first African American and Latina Captain in the department and the youngest ever to hold the position. She attended and graduated from the Police Executive Research Forum's Senior Management Institute for Police (SMIP), holds an undergraduate degree in Public Administration, and a Master's Degree in Human Resource Management.